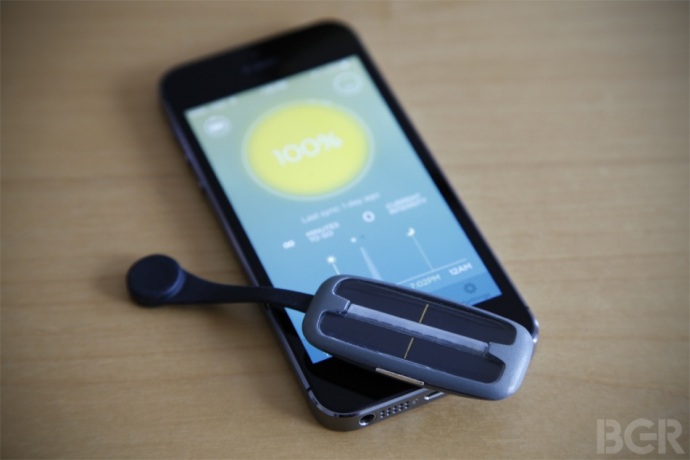 SunSprite is the first solar-powered wearable device that measures and tracks the amount of sun and light that a person is receiving. In its most basic form, it reminds you to get outside and absorb bright light, which wakes up your brain and makes you healthier!

SunSprite also syncs with its mobile app via Bluetooth Smart to give you personalized tracking updates and coaching tips based on medical science.

What are the benefits of bright light?

Dozens of scientific studies prove that the right amount of bright light exposure increases energy and focus, improves mood, and helps you sleep better. People who get their bright light report that it’s not only easier to get out of bed in the morning, but also that they don’t feel groggy when waking up. In fact, bright light wakes up your brain as well as coffee does (but without the caffeine addiction!).

One study even found that adding morning bright light to a weight control program helps reduce body fat and appetite. 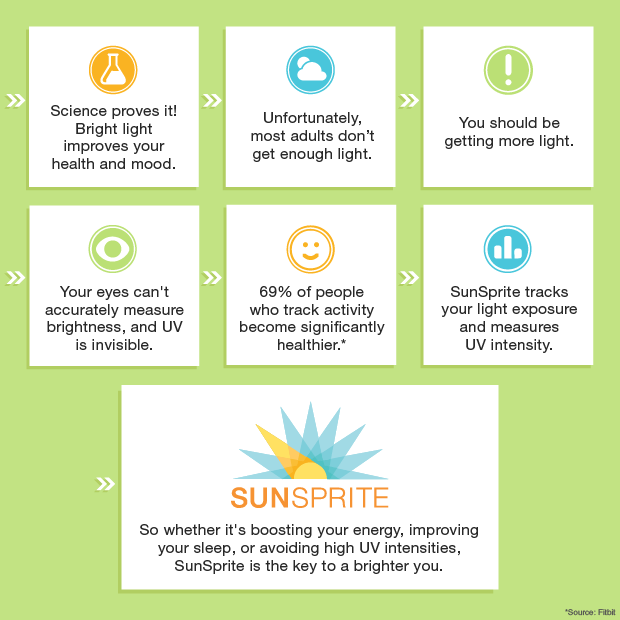 SunSprite uses patent-pending technology to track and record the amount of bright light exposure you receive each day. It takes these measurements and breaks them down into units friendly to you, “GoodLux.” This allows you to effectively track your bright light exposure for the first time.

SunSprite uses Bluetooth Smart to transmit your light exposure data to your mobile phone, where its app helps you analyze your patterns and learn how to optimize your bright light exposure.

Find out more at http://www.sunsprite.com
Thank you for reading.

The Brazilian government is building the world’s third largest hydroelectric dam on the Xingu River, a major Amazon tributary. Now over fifty percent complete, the Belo Monte Dam complex is designed to divert eighty percent of the Xingu River’s flow which will thus devastate an area of over 1,500 square kilometers of Brazilian rainforest and cause the forced displacement of up to 40,000 people. This project gravely impacts the land and livelihoods of thousands of riverine, urban families and communities, and indigenous peoples from several neighboring areas.

The Xingu River basin is a living symbol of Brazil’s cultural and biological diversity; it is home to 25,000 indigenous people from 40 ethnic groups. The Xingu flows north 2,271 kilometers from the central savanna region of Mato Grosso to the Amazon River. Nominally protected throughout most of its course by indigenous reserves and conservation units, the Xingu basin is severely impacted by cattle ranching and soy monocultures. Belo Monte is the first in a planned network of mega-dam projects which will pose additional devastation to an already threatened region.

A project hailing from Brazil’s military dictatorship, Belo Monte continues to exhibit the same alarming authoritarian tendencies associated with this brutal regime. To understand more about the history of this project, explore an interactive timeline, which chronicles thirty years of injustice surrounding the approval and construction of the mega-dam.

Since the initiation of construction in 2011, the city of Altamira has witnessed a massive influx of migrants, provoking a spike in criminal activities, as well as the collapse of health, education, and sanitation services. Brazil’s Ministry of Mines and Energy set December 15th as the date to auction the construction of the massive São Luiz do Tapajós hydroelectric dam, the first in a series of large dams slated for construction on the Tapajós River, one of the Amazon’s largest tributaries. The announcement immediately provoked the condemnation of local indigenous peoples, who criticized the federal government’s failure to ensure respect for their rights, as guaranteed by the Brazilian Constitution and international human rights agreements. The move enflamed tensions in this precarious and remote region, while portending conflict with the region’s threatened indigenous peoples, particularly the Munduruku people, one of the largest surviving Amazonian tribes, whose territories and communities span much of the Tapajós basin.

In response to the announcement, the indigenous organization Movimento Munduruku Ipereg Ayuissued an open letter denouncing the Brazilian government’s “lies”, citing a recent meeting with high-level federal officials who promised that the dam would not proceed without a process of free, prior, and informed consultation with indigenous and traditional communities. Domestic law and international human rights agreements such as International Labor Organization Convention 169 (ILO169), to which Brazil is a signatory, require such consultations.

“We know that prior consultation should take place before any decision concerning the dam,” affirms the Munduruku statement, which demands the immediate cancellation of the auction. “Is the government throwing ILO169 in the garbage? Once again the government shows that it does not aim to dialogue with us.”

“This decision is another enormous blow to the indigenous right to consultation, just as we’ve seen with the Belo Monte dam,” said Maíra Irigaray of Amazon Watch. “President Rousseff’s administration’s disregard of Brazil’s traditional populations is shameful.”

The announcement of the São Luiz do Tapajós dam auction comes on the heels of an escalating controversy over the ambitious Amazon dam-building plans of the Rousseff government. Recent mega-dam projects – such as Belo Monte on the Xingu River, and Santo Antônio and Jirau on the Madeira river – have been plagued by major construction delays and massive cost overruns, in addition to serious socio-environmental impacts that have been left largely unmitigated by dam-builders. Suspicions of corruption within the dam industry have been heightened by a recent scandal involving Minister of Mines and Energy Edison Lobão, accused with grafting kickbacks from the state oil company Petrobras, which he oversees.

Find out more at http://www.amazonwatch.org 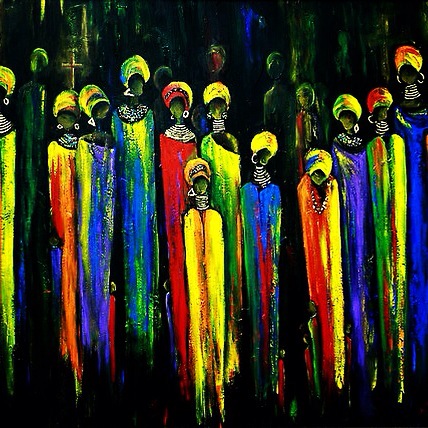 When we consciously relate to our ancestors, it can be a tremendous source of healing, guidance and companionship. It can help us to relate more positively in our communities. Making it a daily ritual to honor the people who have come and gone before us is so important for any kind of spiritual work. It opens the door to a part of ourselves we haven’t yet healed or acknowledged. Even if you do not know anything about your lineage or blood family, try to find the place inside yourself to honor those who have come before you. Honoring our ancestors includes not only our blood relatives. We can draw upon strength of anyone who has come before us to inspire or influence. Writers, artists, healers, activists, etc.

Now is the time to strengthen our bonds within our communities. When people come together with a common intention or purpose, we can make huge changes and empower one another. There are many forms of community and many ways to come together for a purpose. Find a way of connecting that works for you.

We’re in a time where the news is full of scarcity, violence and corruption. How can we make room for abundance and call in the wisdom of our ancestors? What can we do personally to support and strengthen our own community? How can we stand up for those who are not being heard? For the people who are struggling everyday just to survive and for their basic rights. For those of us who have more choices and have more options, how can we show up even more for those people whose voices aren’t heard?